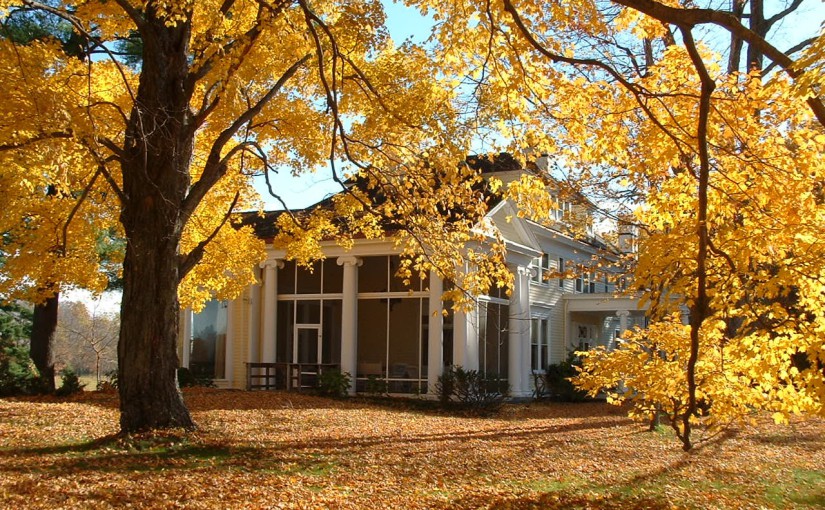 He [Swamiji] and Swami Turiyananda were given the “Little Cottage,” which stood about a five-minute stroll from the main houseacross the generous and open lawns in a northwesterly direction. This “Little Cottage” (afterward always called “Swamiji’s Cottage” by Miss MacLeod) contained five small bedrooms on the second floor, all with pitched ceilings. On the ground floor were two small sitting rooms with fireplaces, a sizable dining room, a large kitchen, a small laundry, and a wide front porch. Almost certainly, Swamiji occupied one of the two front bedrooms and Swaim’ Turiyananda the other. The three back bedrooms were not so comfortable and ran, moreover, one into the other, the far two having no alternate means of access. In connection with the Swamis’ sleeping quarters a charming story was told in later years by Miss MacLeod to Swami Nikhilananda, who pass it on to me. Mrs. Leggett, coming to inspect the accommodations in the cottage, found Swami Turiyananda’s mattress and bedding on the floor of his room. “What is the matter, Swami?” she exclaimed. “Is something wrong with the bed?” “No, no,” he assured her; “the bed is fine. But, you see, I cannot bring myself to sleep on the same level with Swamiji–so I have put the mattress on the floor.” One might add here that so great was the love and reverence that Swami Turiyananda, always showed for Swamiji that Mrs. Leggett thought (at first, at least) that he was Swamiji’s disciple. Writing to Mrs. Bull on September 2, she commented, “This rest is Peace to [Swamiji]. He loves being away with his disciple–who watches every gesture and is interesting in his devotion to his Master.”