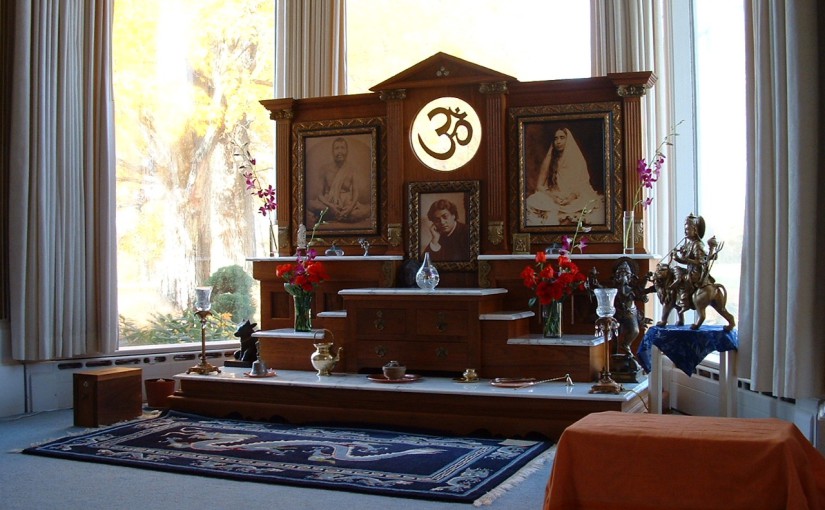 The three Swamis lived, of course, in “Swamiji’s Cottage.” In Vivekananda, a Biography in Pictures, one finds a photograph of the Swamis, together with Mrs. Leggett, Miss MacLeod, Alberta, and a friend of Alberta’s, whose name is not known. In another photograph of the same people, taken on the same day, at the same place (the circular portico at the back of the main house) one sees Swamiji standing and looking unwell and Alberta with her face in her hands, shielding her eyes from the afternoon sun.

Swami Abhedananda stayed at Ridgely for about ten days, leaving on September 17 or 18 for New York, where (before going on to Massachusetts) he met Sister Nivedita, who arrived from England on September 19, her voyage paid for with money from Joe. As Mrs. Ashton Jonson had predicted, Nivedita had not fared well in England as far as raising support for or interest in her girls’ school was concerned. Nor, it would seem, had she been able to reawaken enthusiasm for Swamiji’s work. “One thing I am sure of,” she had written to Miss MacLeod on September 1, “however little the drones think they worship success, they soon drop off from a cause that fails. One must show life and growth, if one is to keep even the hearts that are won.” In her small 1899 diary (the first 253 days of which are missing) the sole entry (September 10) for this brief English interlude reads, “No use,” from which one might gather a certain despond.