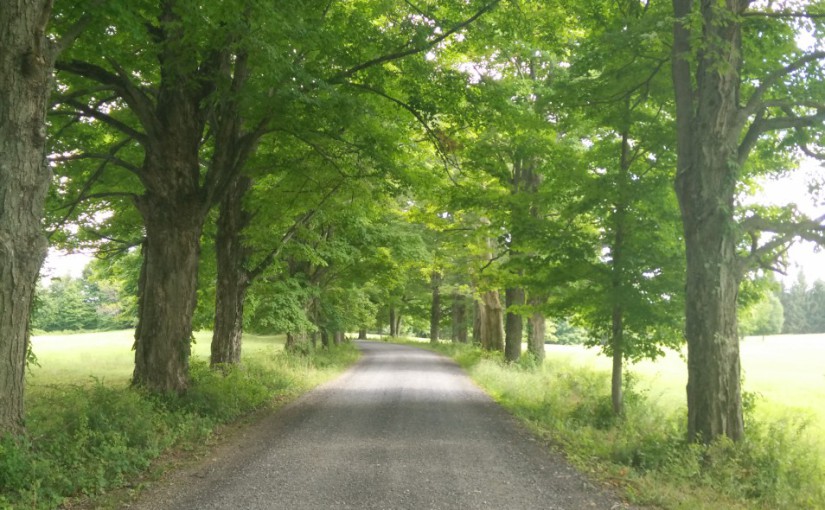 Do what you choose. Come at any hour–you are always welcome.

You better meet me in New York & we will go together to meet our Prophet. He ought to be 10 days en route–but I will write you definitely tomorrow the day the ship is expected & you meet me in town.

Do not tell Mrs Crossley a word. Let her stay in Princeton so we can have our Prophet without one thorn or criticism–in all his holiness.

I think I may keep Miss Stumm over–she has her worth.

I am in Heaven.

(Mrs. Crossley was a London friend of Mrs. Bull’s who had crossed the Atlantic with her in June. She was not well and not, it would seem, in full accord with Swamiji’s views. The more fortunate Maud Stumm was an artist in her late twenties who had met Swamiji once or twice during his first visit to the West and who evidently had admired him. She was now visiting Ridgely.)

Swamiji’s boat the Numidian sailed on August 17th & is due in New York on Monday August 28th [double underscore] so a letter just announced. So you take the midnight train on Sunday, arriving at 6.–go directly to 21 [21 East Thirty-fourth Street, the Leggetts’ town house]–where a telegram is to be sent me announcing the day & hour of arrival.

Betty [Besse Leggett] goes to East Hampton on Friday & will meet you in New York on Monday, and I also will be in town that day by noon.

Our Prophet again with us!

I have invited Mrs. Coulston to go to 21 & to come up here for 3 days visit–not one uncongenial element!

If quite convenient you might bring up a trunk of blankets-in case 18 single ones aren’t enough–besides 10 eider down quilts.

What do you think?

I can easily bring a few pairs from our town house & this will be less complicated so do not worry or trouble about it.

I am so thankful to know you are coming to us alone.

The word alone was underscored five or six times, as though to ward off the uncongenial element. But as things happened, Miss MacLeod’s whole exuberant plan for her fiend miscarried. Just at that time Olea, spending a week or so at Camp Percy, Mr. Leggetts’ fishing camp in the White Mountains of New Hampshire, became ill. She returned to her mother’s home in Cambridge, where Mrs. Bull could not, or would not, leave her, and thus almost six weeks were to pass before they arrived at Ridgely Manor. Even Miss MacLeod’s own long-dreamed-of plan to meet Swamiji’s ship, to see him walking with his wonderfully majestic stride down the gangplank, his face breaking into radiance at the sight of his old friends, was not fulfilled, for the Numidian steamed into the New York harbor two or three hours earlier than scheduled. Fortunately, three people were at the dock to meet Swamiji and Swami Turiyananda–Maud Stumm, who had come down from Ridgely, Mrs. Coulston, acting treasurer of the New York Vedanta Society (Swami Abhedananda was out of town), and a Mr. Sydney Clarke, to whom Miss Stumm had telegraphed, asking him to take care of the Swamis’ baggage.

He was “tired and ill-looking,” Miss Stumm wrote later of Swamiji’s arrival. “He was carrying most carefully a big bottle wrapped in papers that were torn and ragged; this precious bottle, which he refused to relinquish before reaching Binnewater, contained a wonderful kind of sauce like curry; brought thus by hand from India. ‘For Jo!’ he said.”

Miss Stumm mentions that “the party from Ridgely” (presumably Miss MacLeod and the Leggetts) did not arrive until ten o’clock that morning, “and so disappointed!” ‘we all went back [to Ridgely Manor] together,” she wrote’ but whether “all” included Sister Christine and Mrs. Funke, one does not know. It is certain, however, that Swamiji spent almost no time in the hot, humid city, but after a stop at the Leggetts’ town house was whisked away with all speed.