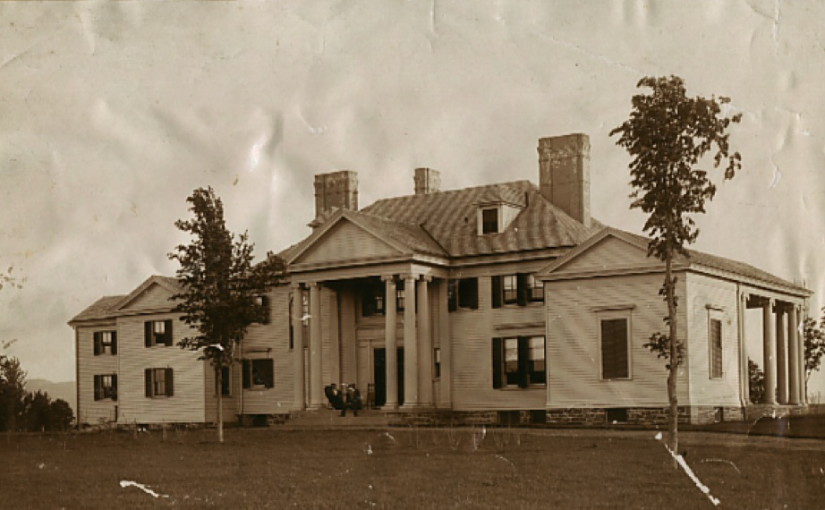 As part of our new blog series, Swamiji at Ridgely, we begin with a series of posts documenting  his multiple stays at Ridgely Manor.

Swami Vivekananda visited Ridgely, an estate in the Hudson Valley owned by his friends Mr. and Mrs. Francis Leggett, three times during his two visits to America. The first two times were in 1895. Both those visits were short–about ten days each. His third stay at Ridgely took place at he very beginning of his second visit to America. It lasted for ten weeks, from August 28 to Novemeber 7 of 1899. During those golden weeks of late summer and early autumn, the great swami was free from the pressure of engagements, as never before in the Western World. He was free to talk, to be silent, to meditate, to laugh, and to simply live the exalted life that was natural to him.
The chapter “The Great Summer,” which is a part of the fifth volume of the six volume work SWAMI VIVEKANANDA IN THE WEST: NEW DISCOVERIES by Marie Louise Burke (or Sister Gargi as she is known) tells in detail of these ten extraordinary weeks, during which Ridgely became, through his presence there, a place of pilgrimage. In this series of posts, we share excerpts from this chapter.